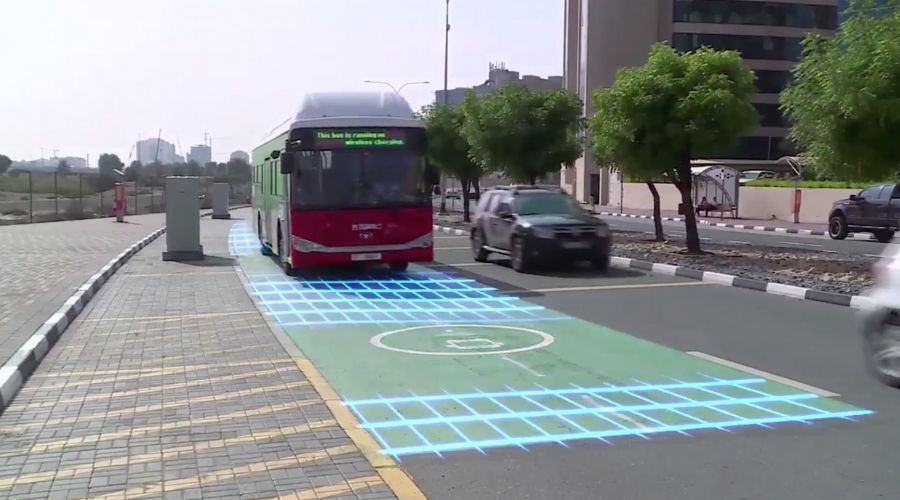 Aligning the “Smarter Dubai” Initiative with new developments, RTA has launched a new technology that helps charge electric vehicles on the go is being trialed in Dubai, the Roads and Transport Authority (RTA) has announced.

The RTA conducted the test in collaboration with Dubai Electricity and Water Authority and Dubai Silicon Oasis.

It complements Dubai Integrated Energy Strategy 2030, Dubai Plan 2021, and the UAE Vision 2021 “The initial phase covers preparing the infrastructure and laying an embedded power-charging grid underneath a 60-metre road strip at the Dubai Silicon Oasis for the dynamic wireless charging of electric vehicles and buses in motion,” said Mattar Mohammed Al Tayer, Director-General and Chairman of the Board of Executive Directors of RTA.

RTA has launched the test-run of the dynamic wireless charging of electric vehicles and buses in motion using the Shaped Magnetic Field In Resonance technology. pic.twitter.com/imJbwHXoJc

“The RTA has tested an electric vehicle and a bus on this path, and results proved a highly efficient wireless charging system comparable with the cable charging. Moreover, the electromagnetic level on board was within the accepted global range,” he added.

Al Tayer explained SMFIR technology “enables seamless operation of the vehicle without any stopping at charging stations. Embedded under the road, the technology is invisible and as such has no visual pollution impact on the city. It also does not hamper the movement of people and vehicles like on-road cable chargers.”

He added the initiative promotes the use of environmentally-friendly vehicles and sustainable transport means. “We are always keen on exploring the latest trends of global technology of manufacturing buses, batteries and charging systems with a view to deploying electric buses in future and providing safe, smooth and sustainable public transit means,” Al Tayer underlined.

Mohammed Al Tayer, the Managing Director and CEO of Dubai Electricity and Water Authority (DEWA), said: “The SMIFR technology will support Dubai’s sustainability drive. Dubai is one of the leading cities in renewable and clean energy and a pioneer in innovating modern techniques to rationalise the use of natural resources and find alternative solutions for conventional energy sources. This initiative will help increase the number of electric vehicles in Dubai, which is already witnessing a steady increase.”

He also noted that DEWA has installed over 240 charging stations for electric vehicles across Dubai, with plans to increase the number to 300 by the end of 2020.

It has also launched the trial run of the first electric taxi powered by hydrogen fuel cells as part of the Dubai Taxi fleet.