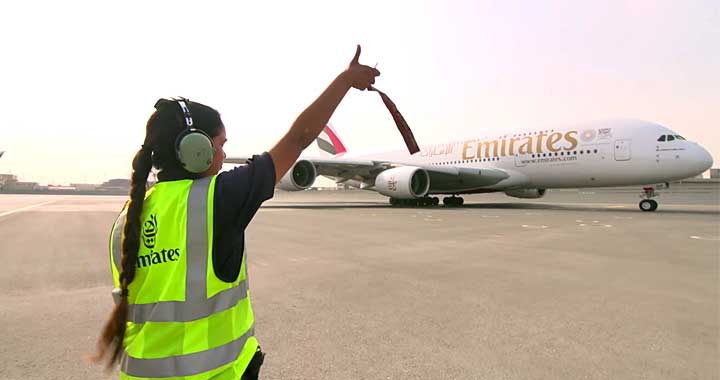 The flight A380, which carried passengers from Dubai to San Francisco was entirely prepared and operated by female crew.

A team of more than 75 members from 25 nationalities worked on the flight including Pilot Captain Patricia Bischoff from Canada and First Officer Rebecca Lougheed from the UK, with cabin crew led by the purser Weronica Formela from Poland.

The women workforce also worked on above wing and below wing activities. From flight departure to flight dispatch, ramp operations to security everything was led by female staff.