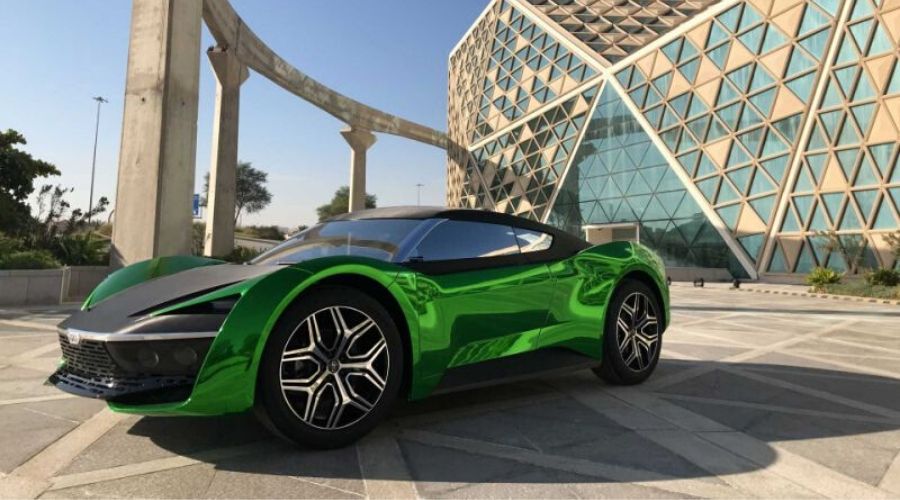 Vision 2030 is essentially a set of ambitious steps to diversify Saudi Arabia’s economy by growing the private sector and bringing smarter solutions. One such reflection of the said ideology is Saudi Arabia’s 2030 Super Car.

The supercar was first revealed at the Riyadh Car show held recently, where among a plethora of over 1,200 beautiful cars, was the green super machine called the GFG Style 2030.

Dubai Based Blogger Supercar Blondie was able to get up close and personal with the Curious Car and shared her experience on her social media handles.

With the most stylish body, the supercar is a two-seat, two-door car with an all-wheel-drive undercarriage suited for traveling off-road.

As seen in Supercar Blondie’s Video, this is a fully functional concept with a neat interior that can reach triple-digit speeds.

Representing Saudi Arabia’s evolving economy, this car was just a teaser for the car’s official introduction in March at the 2020 Geneva Motor Show.