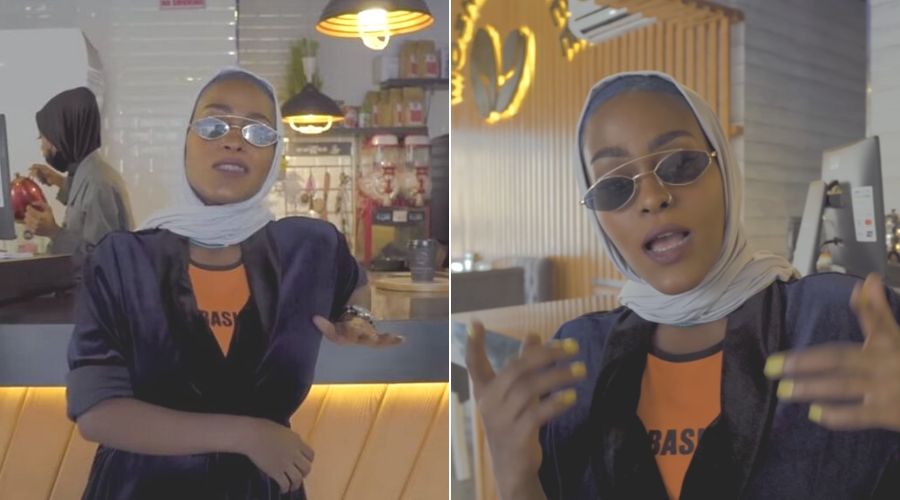 In a recent development in Saudi Arabia, a rap video has been brought to the surface and became the focus of a massive controversy. It has been deemed offensive by authorities after it elicited controversy within the conservative kingdom.

The artist Asayel, who is of Eritrean origin, upload the video Bint Makkah (“Girl from Mecca”) to her YouTube channel last week and now faces arrest as Saudi authorities announced the prosecution of those involved in the video’s production.

The rap video praises the women of the city of Makkah and is mainly filmed in a coffee shop and features shots of young women wearing hijab socialising and girls dancing to the song.

“I’m a well-bred girl from Makkah that deserves hard work. In tough times, she doesn’t back down. She props up the back,” lyrics of the controversial song go.

Since the controversy, the video has garnered over 1.6 million views on various social media platforms. A number of comments, using an Arabic hashtag that translates as #You_Are_Not_Mecca’s_Girls, claim the women in the video do not represent Saudi Arabia’s female population with others making markedly racist remarks against Asayel’s African origins.

Many have been posting racist comments on the video by criticizing Asayel’s African origin.

Others got here to the Asayel’s defence, accusing authorities of racism and misogyny. “I’m from Makkah & the one factor I discover offensive is ur racism, misogyny, and ur conflict on a younger lady & her creative expression of her tradition & her folks,” Saudi feminist artist and activist who goes by the identity Ms. Saffaa stated on Twitter.

“Had it been a prosperous, nicely linked, gentle skinned Saudi influencer who created the video it might have been utilized in MBS’s propaganda as an indication of progress and reform. Double requirements & hypocrisy at its greatest,” she added.

On behalf of the Saudi prince governing Mecca, regional authorities tweeted a call to arrest the folks behind the video. The announcement made use of the identical hashtag included in racist posts.