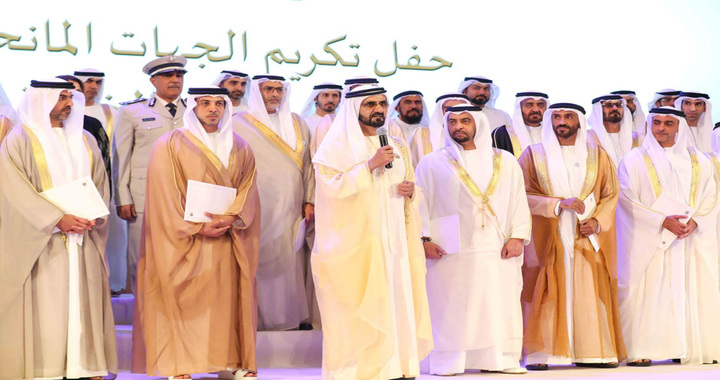 The Vice President, Prime Minister of the UAE and Ruler of Dubai HH Sheikh Mohammed bin Rashid Al Maktoum has admired a number of national humanitarian and charitable organizations during a ceremony arranged by the Minister of Foreign Affairs and International Cooperation, MoFAIC, on Wednesday.

According to preliminary data released by the Development Assistance Committee of the OECD, Fifty-three humanitarian and charitable organizations were recognized for their donation of AED20 billion in foreign aid in 2017, making the UAE for the fifth consecutive year, the world’s largest foreign aid donor.