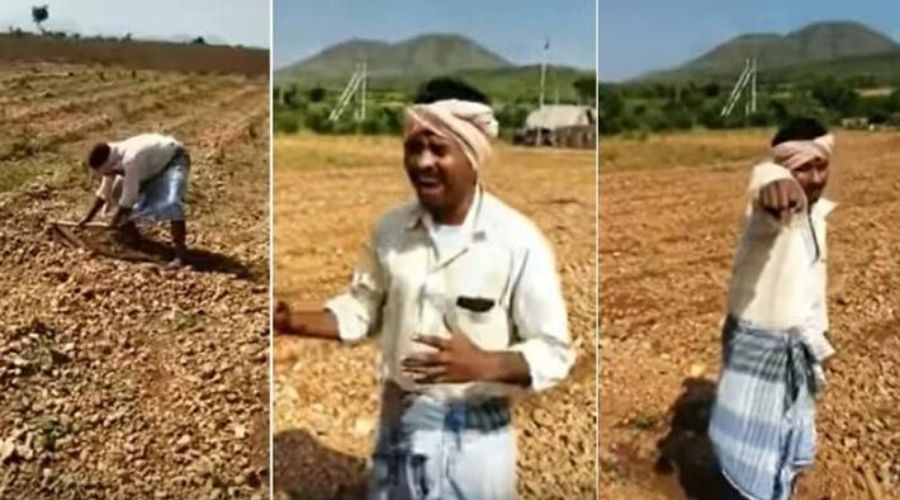 In the world where many trends that have no real value go viral, the world of social media puts out some very talented gems on the global platform as well. Dubbed as the “Desi Bieber”, Pradeep H.R. is a farmer who sang a rendition of Justin Bieber’s smash hit “Baby” and struck gold on social media in the form of millions of fans.

An Indian farmer belonging to the state of Karnataka has become a singing legend in his village Hindasagatte, as he is not just an expert in singing English language songs but his skills in singing Chinese and Japanese songs also supersede the expectations as he executes the notes and the accent with sheer perfection.

This multi-talented farmer does his singing and dancing while working in the fields on his crops and the inspiration for singing to him came after failing in English language subject. This prompted him to nail to perfection every accent and delivery of the songs in English, he said “I don’t know either Chinese or Japanese languages. But I listen to the songs in those languages repeatedly and follow the accent and tune. I always plug in earphones and constantly listen to songs whatever I am doing,” he told Indian media.

Pradeep has a Bachelor of Business Management (BBM) at Vedavathi College in Hiriyur, only to become a farmer upon his father’s request.

The 3.10-minute video features a farmer working on the field when he is interrupted by another shooting the video. After a brief conversation, the man goes on to play the song on his phone and sings along.

Singing has become also somewhat of a therapy for Pradeep as it helps him in his productivity. Working long hours in the field are made more interesting along with singing.

“Thriller, Dangerous, History, Blood On the Dance Floor, Off the Wall are some of the songs which I can sing without the help of the smart phone,” he says. “Singing English songs has helped me to work better in the field — it creates a new space for enjoying whatever I am doing today,” says Pradeep.

In a media report, Pradeep recalled the day his father scolded him for dancing in the field. “Listen to this Karnataka farmer singing a Justin Bieber song, you will be blown,” wrote a user while tweeting the viral video.