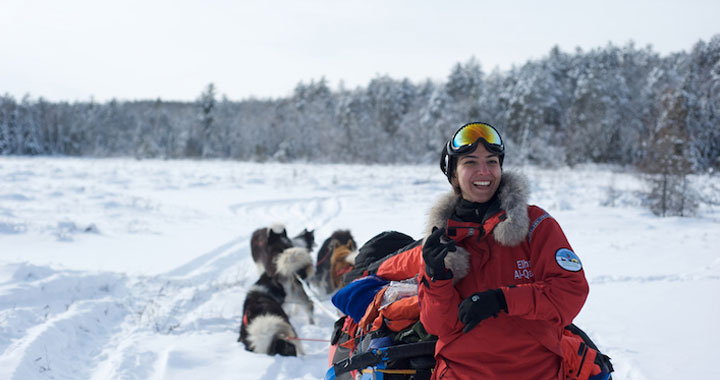 The first UAE national to reach the North Pole, Elham Al Qasimi is ready to give an inspirational talk about her famous journey on April 9, at Cove Beach in Dubai.

In 2010, Elham set off to trek to the North Pole, unsupported and unassisted. The North Pole is the point in the northern hemisphere where the Earth’s axis of rotation meets the Earth’s surface.

Elham always wanted to be the first Emirati woman to be at the northernmost tip of the world. Before starting her journey she went through an intensive workout to build up her mental and physical strength and to develop her stamina.

Following her mission ‘unsupported and unassisted’, Elham also carried the Olympic torch at the London 2012 Olympics. She will be speaking alongside Saja Kamal, a Saudi female football player who also represents the Arsenal football ladies club.

The ticket price for the event is Dhs300 including lunch. The organizers of the event have partnered with Gap Fit and Guava Pass, who will be offering discounts and free fitness classes around Dubai.