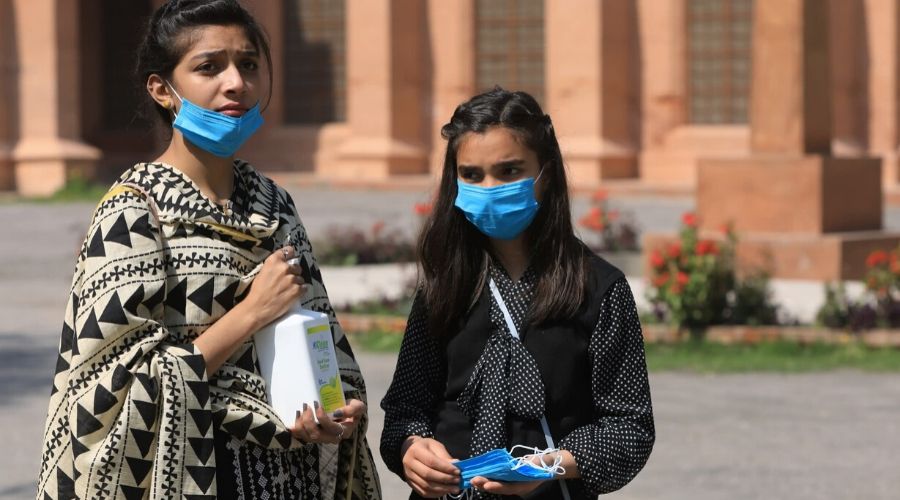 With 1500 corona patients, Pakistan has recorded the highest number of Covid-19 cases in South Asia.

Coronavirus cases in Pakistan reached 1,500 on Saturday. The death toll of the country due to the virus stands at 12.
Pakistan by far has the highest number of COVID-19 cases in South Asia.

Pakistan reported 1,026 cases on 25 March, with seven deaths so far, while India recorded the second highest with 606 cases and 10 deaths. The numbers are doubling up quickly as the spread is not slowing.

In Pakistan, the highest number of cases were reported in Punjab. Meanwhile, there are 469 people have been tested positive for the deadly virus in Sindh.

“As the number of COVID-19 cases in South Asia soars, the region’s leaders must pay special attention to the most vulnerable and marginalized in this crisis. They need to protect the workers for whom staying at home means losing their livelihoods, people who lost their homes in conflicts and now languish in overcrowded camps, prisoners squeezed into cells with several others, and, not least, the valiant doctors and nurses who have never had the resources they need and are now putting their own health at risk to save others,” said Biraj Patnaik, South Asia Director at Amnesty International.

As per a tally conducted by John Hopkins, Worldwide infections surpassed 640,000 with nearly 30,000 deaths as new cases also stacked up quickly in Europe.