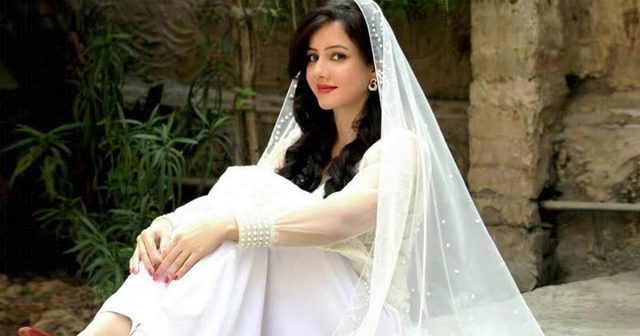 Pakistani singer turned actress Rabi Pirzada who is in the news for all the gloomy reasons has no announced that she is quitting the Showbiz industry for good after her private pictures and videos got leaked online.

She belongs to the city of Quetta and launched her debut song ‘Dahdi Kurri’ in 2005, she has hosted Pakistani TV shows and was part of ‘Mazaaq Raat’ comedy show on Dunya News.

She was also seen in a Pakistani movie Shor Sharaba as the lead actress along with Meera.

According to the sources, she has gone to the authorities and lodged a complaint of cybercrime to the FIA, for the leaked content. Hoping that the culprit behind making the content viral be exposed.

A few weeks earlier she was also in the headlines for threatening Indian PM Modi due to the Kashmir issues.

After her statement of retirement from the Showbiz industry some people have come in support of her on Twitter as such issues can happen with anyone as leaking private data of someone as it comes under cyber-bullying and cyber-crime.