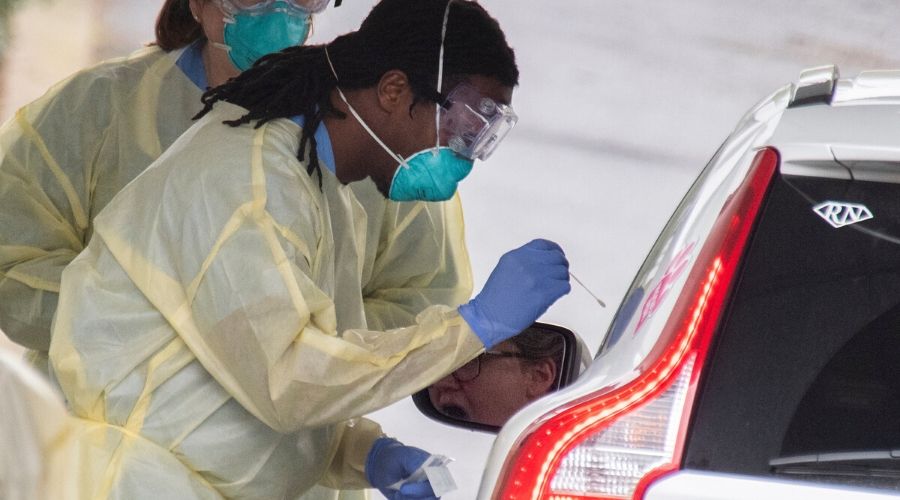 The Donald Trump administrations coronavirus task force co-ordinator Dr. Deborah Birx today announced that a “breakthrough” solution for self-swabbing will be available for Americans later this week so that individuals can do their own tests.
Speaking at a White House briefing Monday evening, Birx quoted mortality data from Europe and reassured American parents that no child under the age of 15 had succumbed to the virus there.

“There was the one 14 year old in China. So we still see that there is less severity in children and so that should be reassuring to the moms and dads out there”, she said.

The slow pace of testing has been a major problem hindering the nation’s battle against the coronavirus. Birx cautioned that New York City, Jersey City and parts of Long Island now have an “attack rate” of close to one in 1000 which is five times what other areas are seeing.

“We’re finding that 28 per cent of the submitted specimens are positive from that area where it’s less than 8 per cent in the rest of the country”, Birx said. Birx called on New Yorkers in the Covid-19 hotspots to “absolutely social distance and self-isolate”.
“Clearly the virus had been circulating there for a number of weeks to have this level of penetrance into the general community”, Birx said.

At the same briefing, US president Donald Trump confirmed that New York will begin treating some patients with a combination of Hydroxychloroquine and Azithromycin. Last week, Trump touted anti-malarial drug Hydroxychloroquine as a gamechanger.
Trump’s task force has contradicted the president’s claims saying there is only anecdotal evidence of anti-malarials’ efficacy in Covid-9 cases.

Experimentations and Research In USA

Many tech giants are also gearing up to make some breakthrough technology. The Bill & Melinda Gates Foundation is sponsoring research at major medical centers on at-home kits.
Start-ups like Carbon Health and Nurx, each said they were preparing “experimental test kits” to offer thousands of the kits in the coming weeks. By Friday afternoon, the Nurx site said its kits had “reached capacity for today” and promised more would be available for sale this week.

Amazon also is teaming up with a new research effort in Seattle’s King County — one region of Washington most impacted by the coronavirus — to pick up and deliver tests for COVID-19.