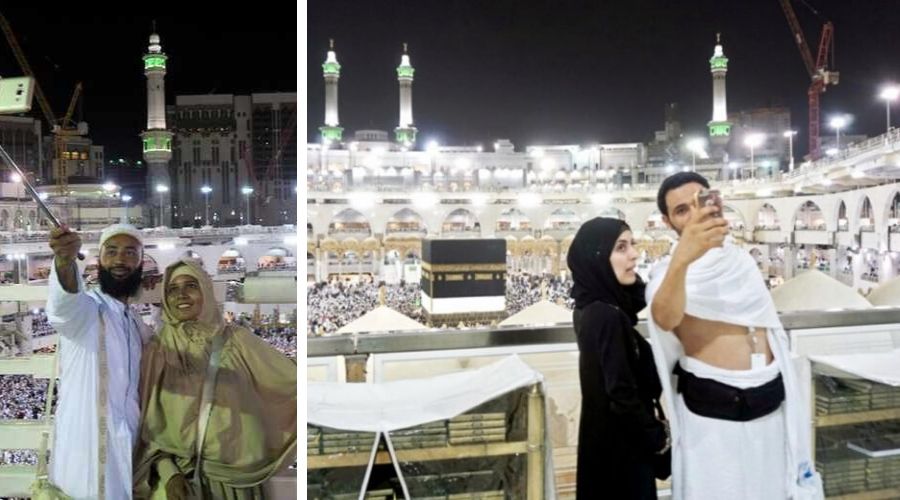 After the ban on selfies, Saudi Arabia has now announced a ban on taking photos and making videos in Makkah and Madina.

According to the sources the decision prohibits photos and videos being taken in Mecca’s Masjid al-Haram, known as the Great Mosque of Mecca, and Medina’s Masjid an-Nabawi, or ‘The Prophet’s Mosque,’.

The ban also applies to the mosques’ surrounding areas. The ban was imposed to protect and preserve the holy sites. Saudi authorities cited disturbance of worshippers at the mosques as another reason for the introduction of the measure.

Security guards have been instructed to ‘confiscate the photos and the camera if needed’. The guards had never been the nicest towards people taking pictures, even in the past.

Previously a similar ban was placed in 2017 after a picture of an Israeli blogger in The Prophet’s Mosque caused an uproar on Arab and Muslim social media, as Non-Muslims are strictly forbidden from entering Central Medina, where the mosque is located. It was later revealed that he was a guest invited by the authorities.

According to the Times of Israel, the huge number of angry comments on Instagram led to the photo-sharing platform’s decision to suspend Mr. Tzion’s account.