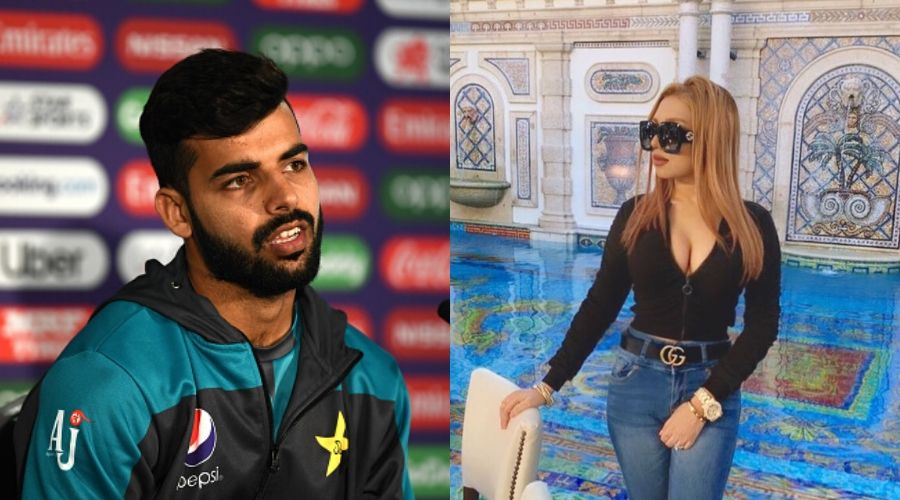 It seems that the heat is on high flame on the Pakistani Cricket players with one controversy surfacing after another. And in the latest development, Shadab Khan has been accused of blackmailing Dubai Based blogger with threatening language.

Shadab Khan, youngest ever captain for team Islamabad United of Pakistan Super League has landed himself in a world of hurt when the Instagram Influencer “Ashreena Safia” posted a lengthy post on her Instagram detailing the events and ultimate blackmailing done by the cricketer.

The influencer, Ashreena Safia, posted a message on Instagram along with several screenshots from various applications such as Instagram, Snapchat and WhatsApp.

Safia has attached a few pictures of herself with Shadab, but the conversations seem to be missing context considering that some of the content has been blacked out by Safia.

“Yes, I see all the messages you guys send and it is very hard for me to accept but here we are. This is personal/vulnerable for me to share but I have a platform Alhamdulillah to do right. I’m sorry to all the girls who reached out for help when they were used and taken advantage of by the person I was with. Astaghfirullah that I believed his lies and unconsciously enabled his behaviour,” she wrote in her post.

It has been a year of scandals as previously Pakistan opener Imamul Haq has been allegedly accused of cheating with multiple women after screenshots of his WhatsApp conversations went viral on social media.