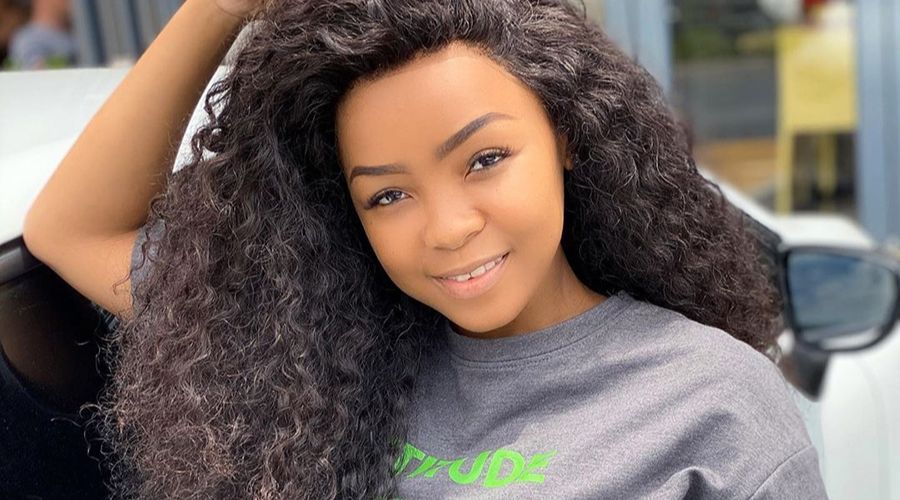 Singing Superstar Durban born Thandeka Mkhwanazi known as TDK Macassette has taken off with her passport to an unknown location in her latest post for a vacation, saying: “Away✈️💦#passport #ready”

But the singing sensation soon updated her fans while soaking in the sun posing in front of a Luxury automobile.

She later shared her outfit of the day from her Dubai trip. She wore a knee-length, flared, black dress with long sleeves. She wore the dress with closed-toe flats and a Burberry headscarf covering her hair. She completed the look with a tote bag and shades.

Enroute to the Dubai Marina, TDK Macassette posed in a turban style headwear on Dubai Ferry.

As a child TDK Macassette hosted an Ukhozi FM kiddies show, she then studied journalism at Boston College. She’s now studying public relations management at the Durban University of Technology while becoming a gqom artist. As a child, she was often seen onstage singing in the United Congregation Church of SA’s Sunday school.

The singer calls herself The Gqom Barbie as she’s based her look on the famous Barbie.

TDK shot to fame in music when she was featured on the original version of DJ Maphorisa’s hit IWalk Ye Phara in January 2018.

TDK has made it big also with her communications company called Tdeeiosion Communications Management. The company has done some work for DJ Tira’s company Afrotainment, the Metro FM Awards, the Durban July and the Goven Mbeki Awards.