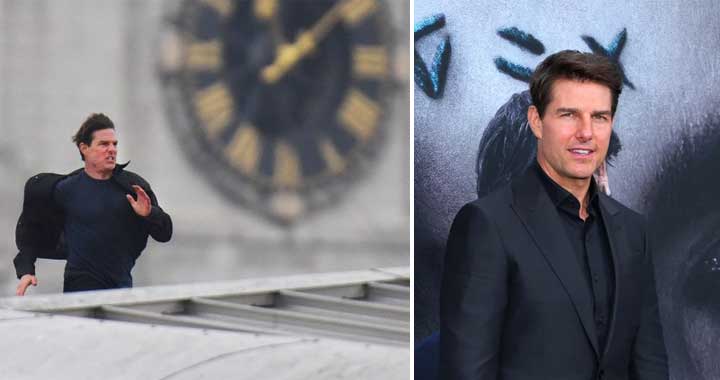 The speculations are over now and finally it has been confirmed that Hollywood actor Tom Cruise is filming for his forthcoming movie ‘Mission Impossible 6’ in Abu Dhabi.

It all started when the actor was snapped last month at the house of media executive Ahmad Al Shaikh in Dubai. Al Shaikh shared his picture along with the superstar on Twitter and wrote that they talked about the best ways of making the UAE a hotspot and a magnet for global filmmaking.

A week later, Tom Cruise took to Twitter and shared the news with his fans that he’s filming for his upcoming movie in Abu Dhabi.

Thank you to everyone in Abu Dhabi for the amazing help and cooperation. Our filming here continues to be a wonderful experience.

According to the director of the film Christopher McQuarrie, the main shooting of the movie was wrapped two weeks ago but now they are shooting the action scenes among Abu Dhabi’s desert and ocean landscapes.

CEO of Media Zone Authority Abu Dhabi and media & entertainment hub twofour54, H.E. Maryam Eid Al Mheiri said, “Through the combined efforts of Abu Dhabi Film Commission and twofour54, we have attracted yet another major Hollywood production to our emirate thanks to the incredible incentives we are able to offer, such as incredible locations, talented media professionals, world-class facilities and the generous 30% rebate on production spend.

Mission: Impossible – Fall out is the fifth Hollywood blockbuster that has been filmed in Abu Dhabi. It is not the first time that Tom Cruise has shot a movie in the UAE.

Check out the full trailer of the Movie:

Here it is – the first trailer for #MissionImpossible Fallout pic.twitter.com/q2x1ug92bl

Written, directed and produced by Christopher McQuarrie, Mission: Impossible – Fallout is slated to be released on July 27, 2018.