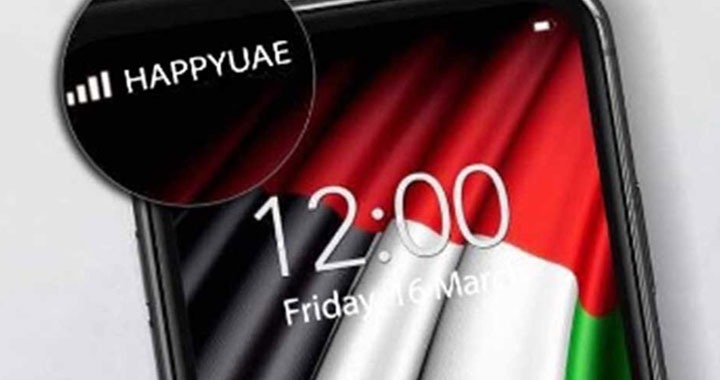 The residents of UAE experienced a sudden change in the name of their mobile networks on Thursday, March 15.

The change in name was reported by both the UAE mobile networks, Etisalat and Du. It was to celebrate the success and journey of happiness that Sheikh Zayed started in UAE.

According to Khaleej Times, it is the fourth time that UAE has been named the happiest country in the region. Among 156 countries worldwide, the UAE has been ranked 20th in the World Happiness Report, one rank up from last year.

Etisalat officially announced on Twitter that the change was made to show that UAE is the happiest nation in the Arab World.

Residents are also celebrating the journey of happiness and expressing their love for UAE on social media.

Woke up to this #HappyUAE dunno what is it about but made me happy pic.twitter.com/VDhMDemNJE

Happy UAE ,one of the 7 strong pillars of "Happy UAE" but it support the ridge !!!! Great man in this century!! pic.twitter.com/narHJatvnZ