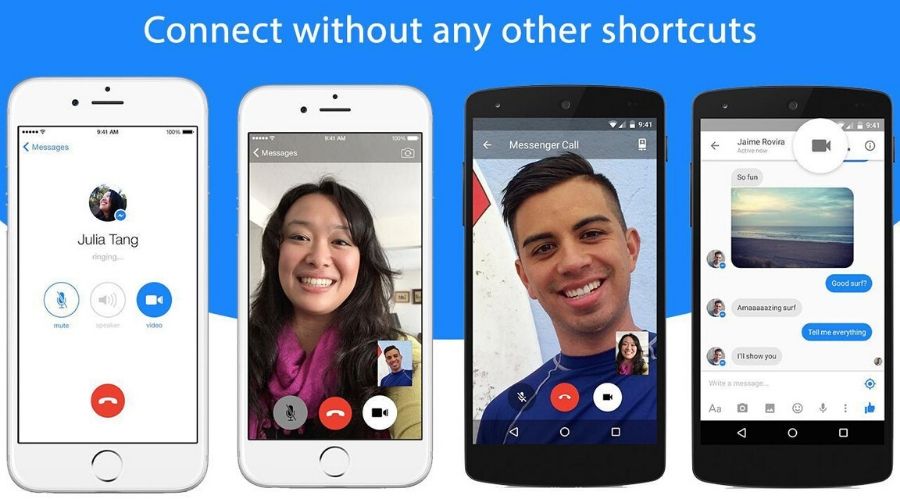 With limited options for internet or video calls with Skype and WhatsApp ban, UAE is to receive good news soon as the unlimited voice and video calls offering app “Voico UAE” is in the final stages of getting approval to be featured on du.

“We got our approval from Etisalat back in October, and now the Telecommunications Regulatory Authority (TRA) is about to approve our license with du, this is what we have found out from du; that we are going to be featured with them this month,” said Elie Saber, president, and chief executive officer of Voico Inc.

“There was a process we had to go through with the TRA, and so the next step after that is for the app to be available to users on du,” he added. The app which has been already been available to Etisalat subscribers since October has gained more than 150,000 daily users without any budget allocated in advertising the brand.

An aggressive nationwide advertising campaign has been planned with the launch of the app on du this month. “Even though we have been featured on Etisalat, we decided to not go with any advertising until we were finally approved by du, once that’s done we will start our advertisements about the product. So far our app has been available on the market, but with no advertising.”

“The app currently has 150,000 users and an average of 5,000-10,000 daily new users downloading the app, so there has been a lot of traction and many people do know we exist even without the advertising,” he added.

The process for the app to get users in UAE with approval from Etisalat and du has been long and difficult. “There was an obvious need for this app here in the UAE, which is why we decided to set this up for the country. It’s been a long and intense process to get all the approvals with the TRA and the telecommunications providers like Etisalat, but they have also been very helpful and accommodating along the way,” he said.

“Users with the Voico UAE app will not only be able to communicate with other users here in the UAE but with any other user around the world who also have the app.”

“Another advantage is that the app can also be used from a pc or laptop, and so it’s not only through a smartphone,” he added. The CEO also assures the users of superior security and privacy protocols. “The app uses end-to-end encryption just like WhatsApp, and so no one can hack a user gaining access to their conversations.

“I can’t comment on other apps and their privacy, but for us, I can say that we worked long and hard to ensure the security of our app and we believe that we did it the right way. We are an international company based in Canada, we have been in the market for a long time and we have millions of users outside the UAE who have already been using our voice and video calling apps without issues, and so we believe that we have enough expertise to offer a similar product to residents in the UAE,” he added.