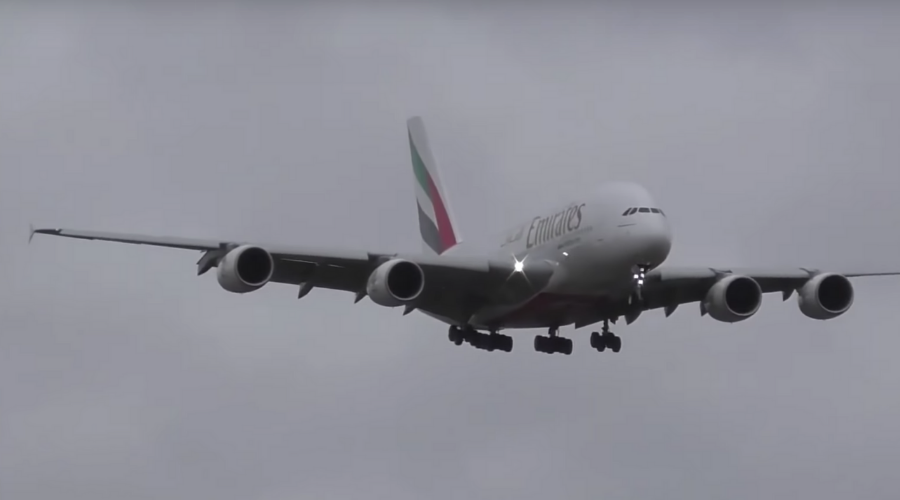 Recently, a video got viral of the Emirates Airbus A380 that was approaching the runway of Manchester Airport and due to the strong crosswinds, it faced hindrance. However, the pilot made it look so effortless and easy. The strong winds were caused by the strong storm Atiyah in Europe.

The gusts were as strong as 43mph were recorded at the airport Emirates Airbus A380 is the world’s largest passenger plane and in the video, it can be seen a bit shacking however the landing was no less than smooth. The video was posted on the YouTube channel of AviationUpClose.

The storm was predicted to have the gusts of up to 100mph in Europe and it caused major damages in some parts of Ireland and UK, including Country Kerry which was under complete darkness as 10,00 homes were left without any electricity.