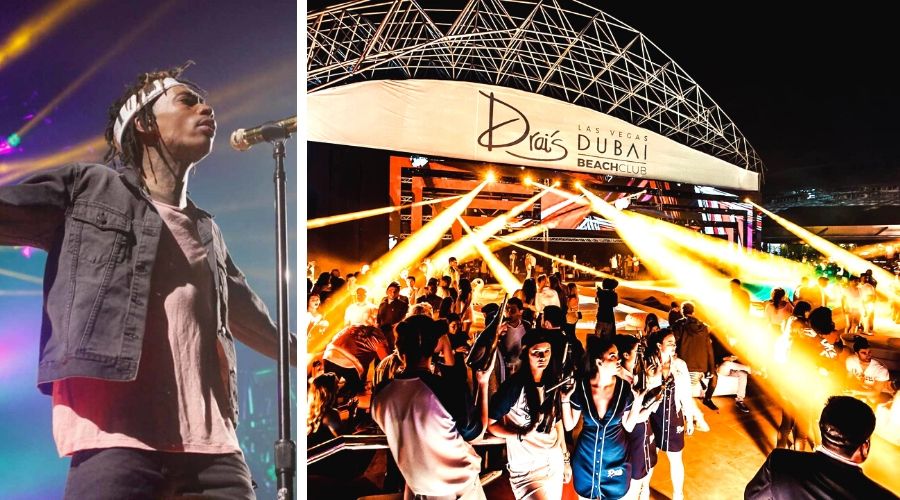 American rapper and musical legend, Wiz Khalifa has returned to Dubai yet again to deliver a tantalizing performance at the award-winning Drai’s Dubai in Meydan on March 13.

Making his debut in 2006, Khalifa has become world’s platinum selling rapper. With his new single “bammer” out now, fans can also expect to witness the artist perform his mega hits like Black and Yellow, See You Again, We Dem Boyz and Work Hard, Play Hard and many.

Kicking off at 10pm, ladies get free entry until 1am while gents can get in on the action for Dhs200, which includes one house beverage with tickets available via Virgin Megastore.

In March 2015, he released “See You Again” for the soundtrack of the film Furious 7 and the song peaked at number one on the Billboard Hot 100 for 12 non-consecutive weeks.