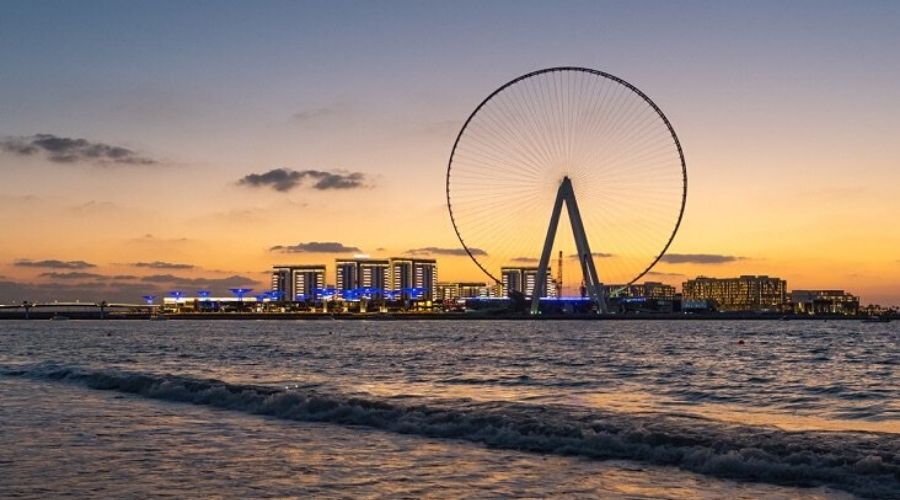 The world’s tallest observation wheel, Ain Dubai, is all set to open just before the Expo 2020, the Dubai Media Office confirmed.

The visitors can book a spot and get a bird’s eye view of Dubai from a height of 250 metres.

Located at Meraas’ Dhs 8bn Bluewaters Island, Ain Dubai, at over 250 metres, will carry up to 1,900 passengers at a time in its 48 double-glazed capsules, offering 360-degree views of Dubai.

#DidYouKnow: With 48 capsules, the #AinDubai will be able to hold up to 1,400 visitors at any given time. @bluewaters_dxb
📸 @photoshamaa pic.twitter.com/FTozn0GG2l

The eighth and final 450-tonne temporary spoke was removed from the structure and the last of the permanent spoke cables installed, making it the final stages of construction of the great structure.

.@MeraasDubai confirms Ain #Dubai will be completed next year for #Expo2020 Dubai celebrations. Standing at over 250 metres high, the structure will be over 200% taller than the first-ever Ferris wheel.https://t.co/em0viM4QFb pic.twitter.com/9Z9JVCeImA

Currently, the world’s tallest observation wheel is the High Roller in Las Vegas, US, which stands at 167 metres. The second tallest is the London Eye, which has a height of 135 metres. In comparison, Ain Dubai will go past 167 metres from High Roller and 135 metres from the London Eye.
This “marks the first time the modern observation structure has been one complete wheel since construction began,” Meraas said in a statement.

The opening was initially scheduled for late 2018 or early 2019, but now an opening day ahead of the Expo 2020 sure makes for a high-visibility occasion.

2,400 kilometres is the distance of all the cable wires housed inside the spoke cables if they were joined end to end. That’s the same distance as Dubai to Cairo.