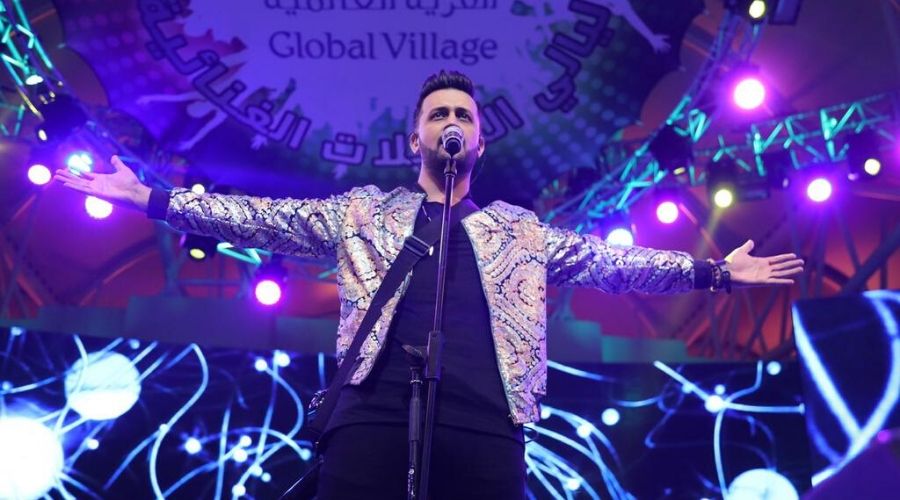 The Pakistani Heartthrob and singing sensation Atif Aslam is all to set the stage on fire in Dubai on 7th February. He was recently awarded his own star on the Dubai Walk of Fame for his achievements.

This is not the first time that the Superstar and singer will be performing at The Global Village in Dubai. He has previously also performed “Free Of Cost” Concert in Dubai.

“Dil Diyan Gallan”, “Pehli Nazar Mein” or “Tajdar-e-Haram”, are some of the few smashing hits that audiences will be able to enjoy.

Atif Aslam has recently been hailed for his latest rendition of the hit “Wohi Khuda Hai”.
Aslam is not just a favourite amongst his Pakistani countryman but also is a fan favourite across the borders due to his mesmerizing playback singing in Bollywood movies.

He has recorded numerous chart-topping songs and is known for his vocal belting technique.

He has received Tamgha-e-Imtiaz in 2008, the fourth-highest decoration given to civilians in Pakistan and has also received numerous Lux Style awards. He also dabbled in acting by making his debut in 2011 in Bol.

In December 2012, Aslam was named among top performers of Dubai for 2012 alongside Pitbull, Enrique Iglesias, Il Divo, Gotye, Evanescence and Swedish House Mafia.