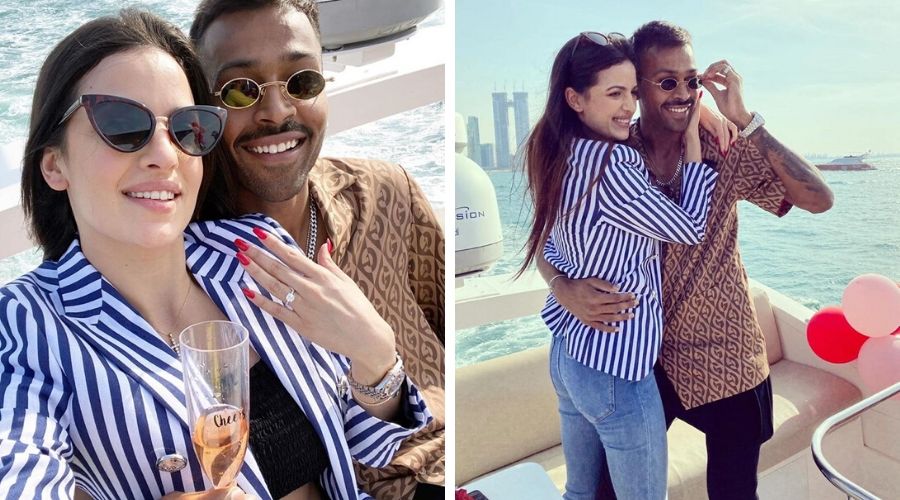 The couple was spending their New Year’s Day in Dubai. The couple got engaged in Dubai and were seen taking a ferry ride along with close friends.

Natasha Stankovic made her debut from in Satyagraha directed by Prakash Jha. Ever since then she has appeared in several roles in Hindi films. She was last seen in a song from a 2019 release, The Body, starring Emraan Hashmi and Rishi Kapoor.

Stankovic first became a household name after appearing as a contestant on the famous reality show, Bigg Boss 8. She had also made it to the finals of ‘Nach Baliye’ with her ex-boyfriend Aly Goni.

Taking leave from International Cricket for some time due to lower back injury, Hardik Pandya has been included in the team for their ODI series in New Zealand, starting January 22.

Pandya also posted work out videos on his Instagram handle with his teammates hinted at his comeback.

Many teammates and celebrities also congratulated Pandya and Stankovic on his announcement. 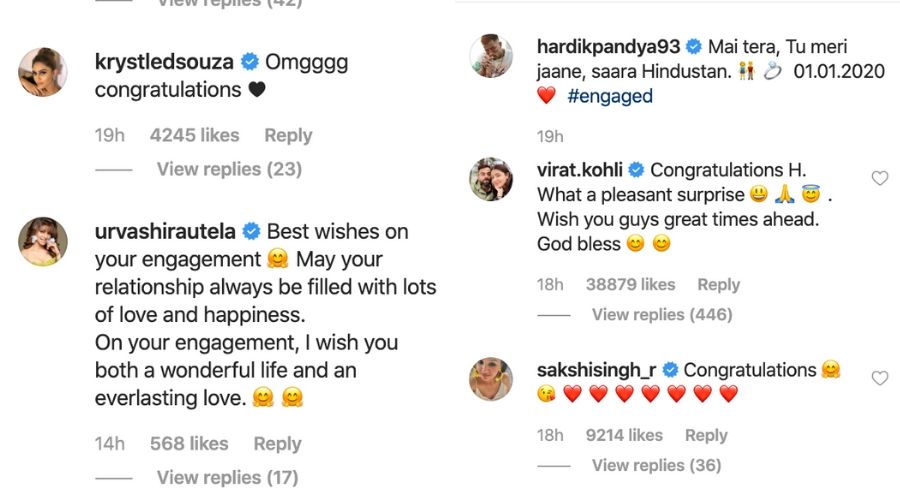