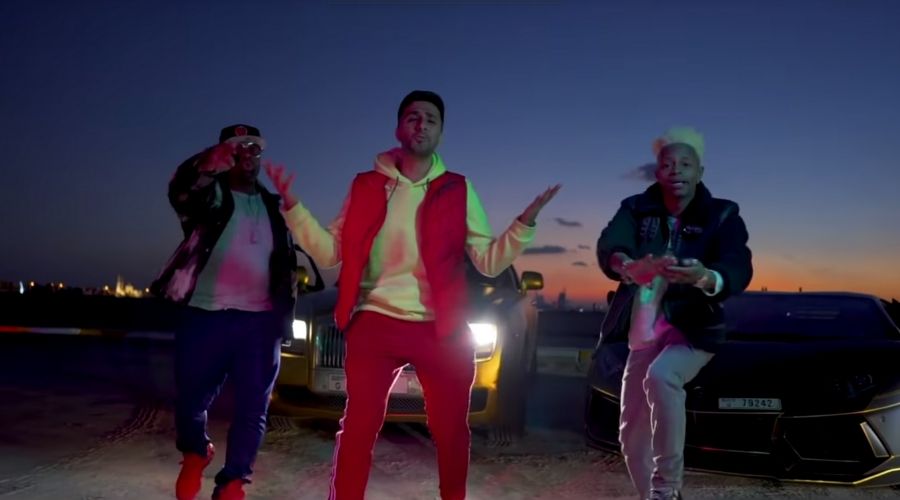 With pumping out the content of his take on luxury lifestyle to just goofing around Dubai with other Vloggers and his siblings, Mohamed Beiraghdary of Mo Vlogs has just released a song with the biggest American rap artist, Silento.

The famous UAE based social media celebrity has released all that went behind the scenes in an exclusive YouTube Video.

The YouTube star spilled all the details of how the song came about to be in the video and what went in to make the masterpiece. He and Silento had met during the rapper’s frequent visits to UAE for performances.

Posting it on his Instagram, he captioned: 😳😳 HUGE ANNOUNCEMENT !!! NEW SONG @silento x @bscopetv 🔥🔥 BTS OUT NOW on my Youtube channel .. STAY TUNED 🔥🔥🔥 @stefanxredjimi 👌👌 with the video

Lana Rose was also spotted in the background just hanging around in the BTS video. According to Mo Vlogs one day Silento came to his house for a visit and just “decided to record a song with me” as Mo Vlogs puts it himself.

What came later was loads of ultra-luxury cars drifting in the desert of Dubai and Silento’s camera crew and Mo Vlogs dancing around for the music video.

Silento has been very popular throughout the years in the world but really peaked after his catchy song “Nae Nae”.

Our boy Mo Vlogs came to the forefronts right before our eyes. Starting out small but managed to make it big with millions of followers on YouTube and Instagram. This isn’t even the first song that he has recorded, in 2019 ‘Feel Like The Man’ came out and gained a hefty 5 million views.

With no lyrics or title of the song released, we do know that the new song has been restricted to ages 18+ with explicit content.