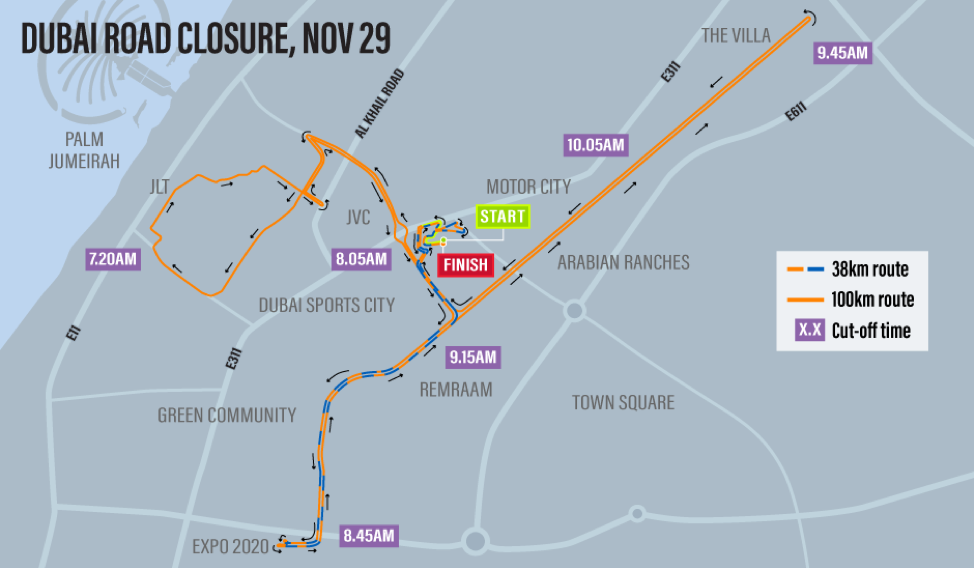 Several key roads will be closed off on Friday, 29th November to make way for approximately 2500 cyclists expected to take part in the grand cycling challenge this year.

Transport Authority (RTA) will be implementing rolling road closures on the following streets along the route on Friday, November 29, 2019.

A huge thank you to everyone who made this possible.

The 1oo km route will start from and end at the Dubai Autodrome in Dubai Motor City. Cyclists will then make their way from First Al Khail Street to Hessa Street, down to the Global Village exit, and then passing through Studio City. 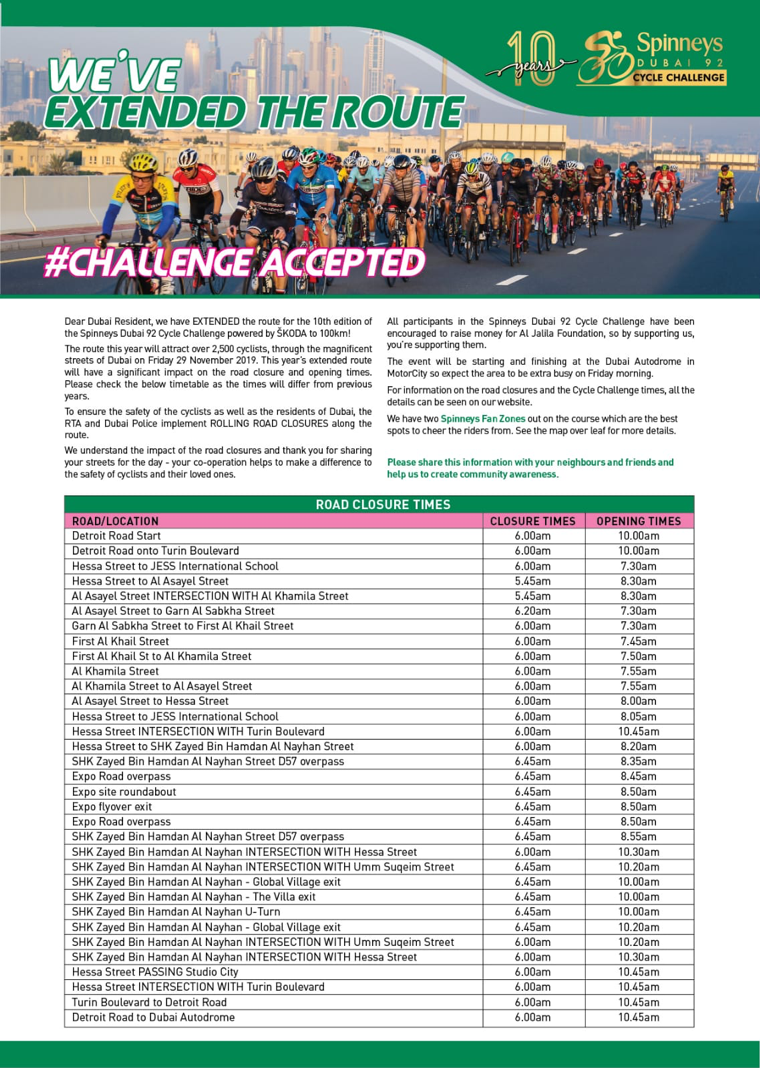 With the aim to raise money for Al Jalila Foundation, the cyclist will take to the roads for the challenge from 6 am to 11 am on Friday morning and road closures will begin from 5.45 am.