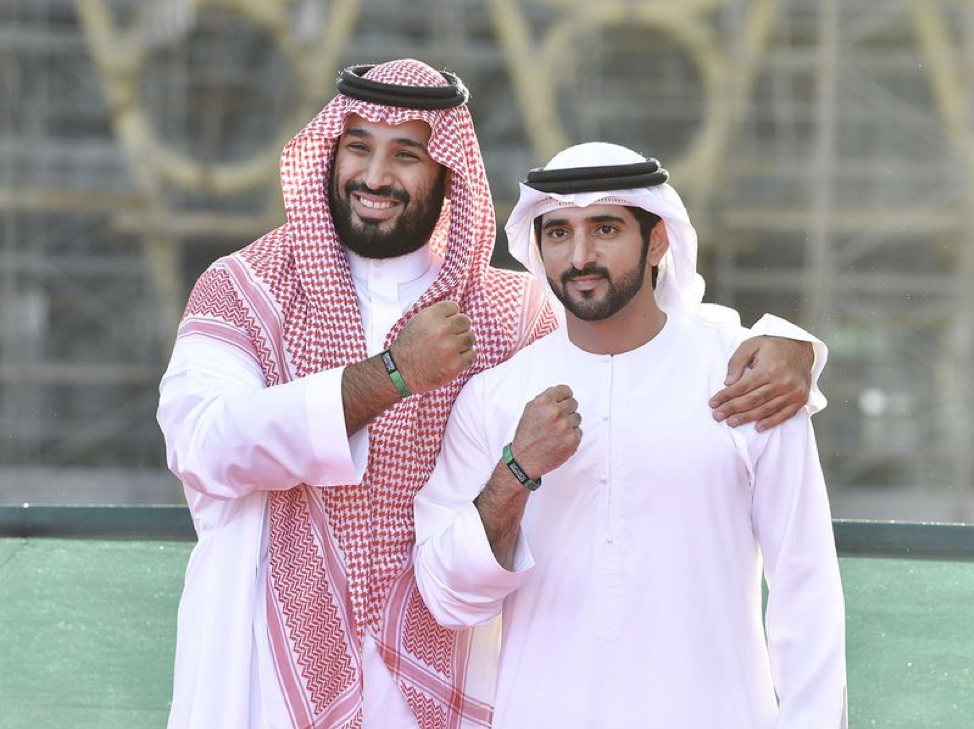 “I am delighted to welcome my brother and friend, Mohammed bin Salman, to his second home, the UAE,” Sheikh Mohamed bin Zayed, Crown Prince of Abu Dhabi and Deputy Supreme Commander of the Armed Forces, said on Wednesday.

A key meeting was held of the Saudi-Emirati Coordination Council to discuss the strategic relationship between their countries and ways of developing stronger ties.

After the meeting, Mohammed bin Salman accompanied by Sheikh Hamdan, Dubai Crown Prince and Chairman of the Dubai Executive Council visited the Expo 2020 site, which will open next October and were briefed about the UAE and Saudi pavilions. The UAE pavilion, designed in the shape of a falcon in flight, and the Saudi pavilion, which spans an area of 13,096 square meters.

They also watched a short documentary while at the Saudi Pavilion which showcases the different stages of construction of the pavilion. The Saudi Pavilion is projected to attract more than 25 million visitors from all over the world. 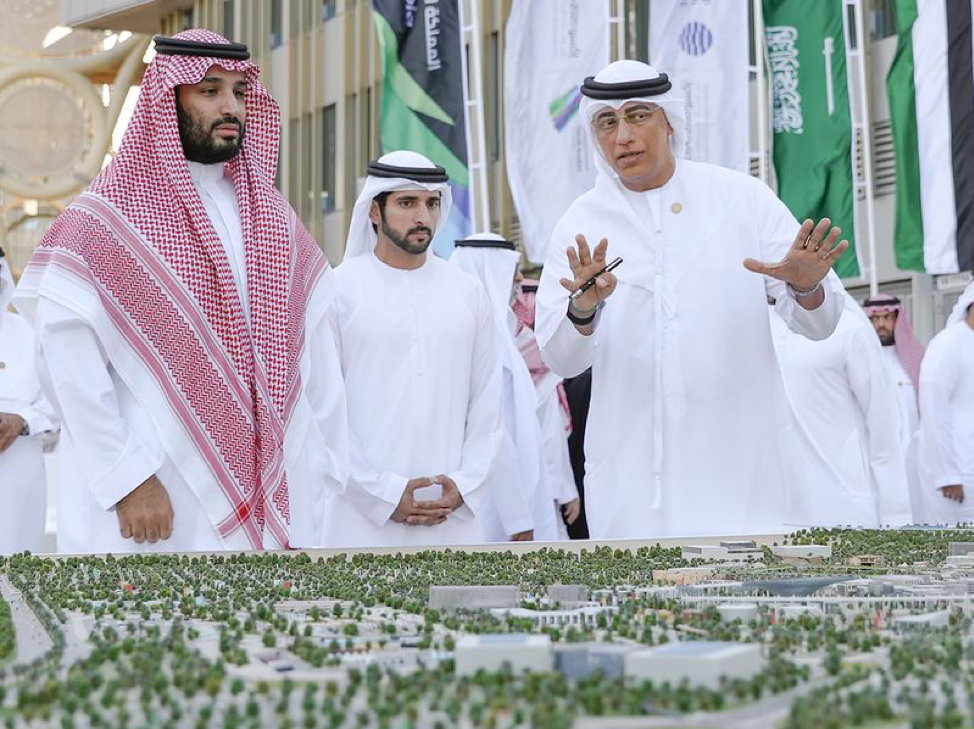 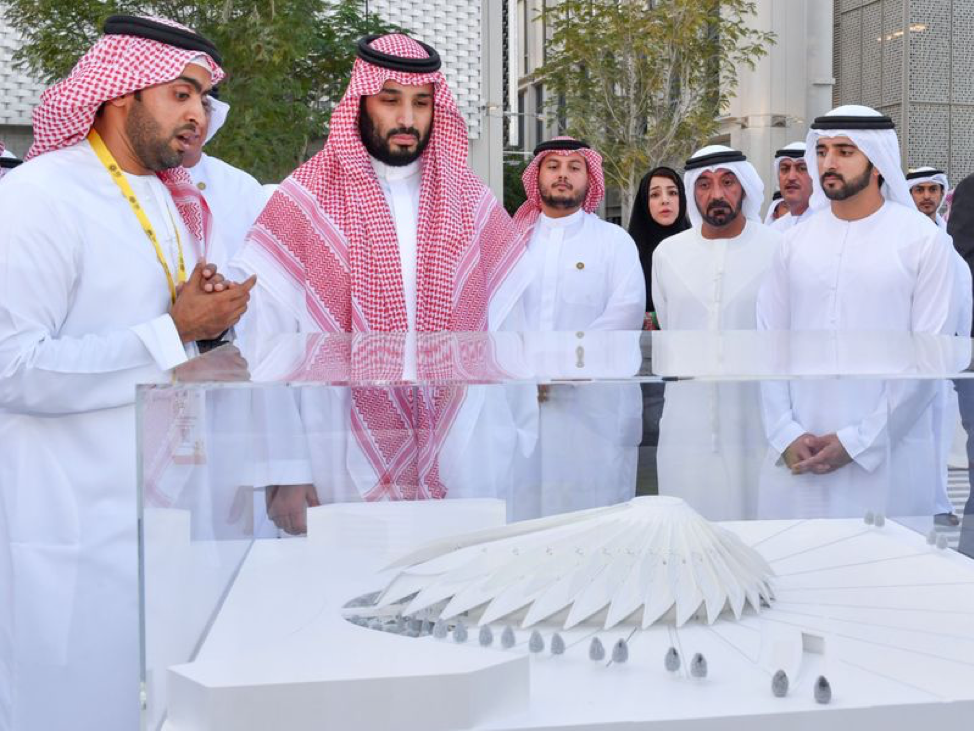 They also continued to tour the main landmark of the Expo 2020, Al Wasl Plaza spanning an area of 4.38 square kilometers featuring restaurants, parks and much more. 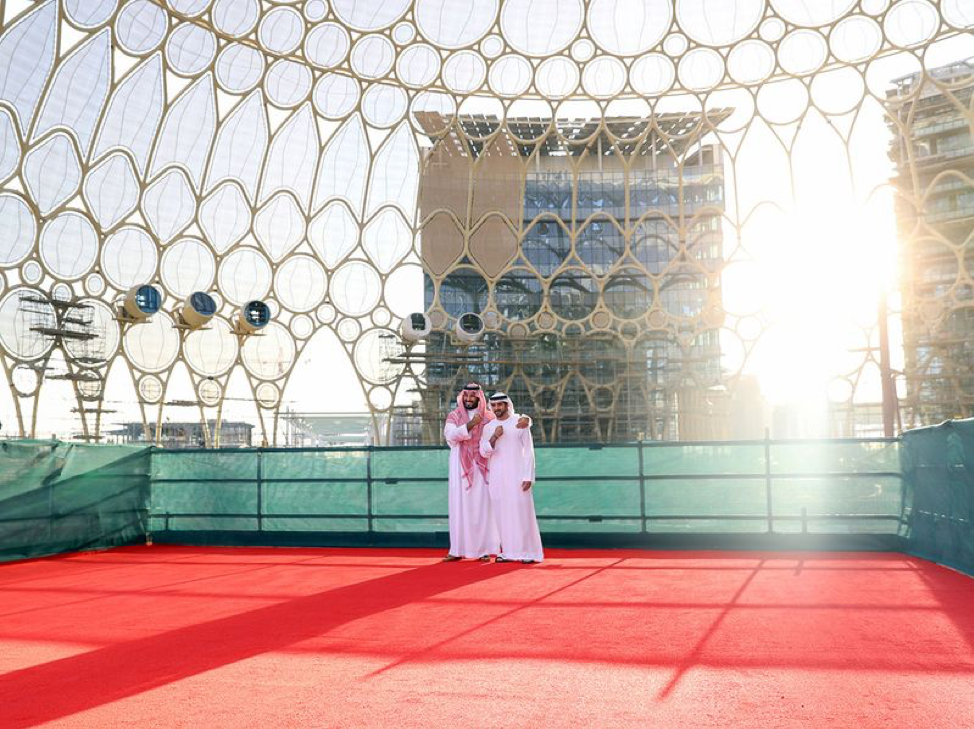 Sheikh Hamdan emphasized on the visit of Prince Mohammed Bin Salman to the Expo site as it exemplifies the keen interest of Saudi Arabia in the global event to which 195 countries have come ahead and participated.

“I received in Dubai today, with all friendliness and love, Prince Salman bin Mohammed,”.

At the end of the visit, Shaikh Hamdan and Prince Mohammad took commemorative pictures of the Expo site.