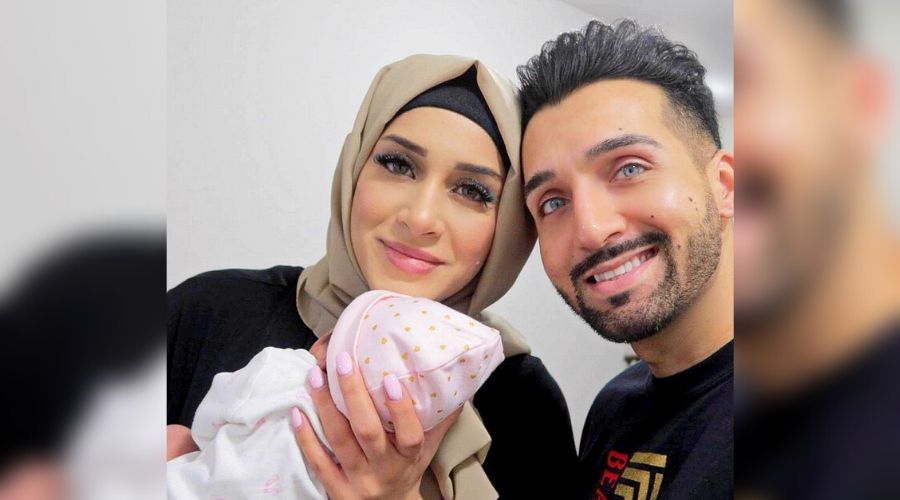 They got married last year and also pranked us on a number of times, including their pregnancy and baby’s gender reveal.

Sham Idrees finally introduced Froggy and his new baby with a cute announcement, “Alhamdulillah We are blessed to announce the arrival of our baby girl @iamsierraidrees Please keep her in your prayers! Say Mashaa’Allah ❤”

In August last year, Sham and Froggy announced that they are going to become parents. “We wanted to share some beautiful news with you all. We are becoming parents. Alhamdulillah. Keep us in your prayers,” Sham said.

The couple has always delighted their fans with their content on YouTube They have over 1.7 million subscribers and 0.6 million subscribers, respectively. Moreover, he is a famous prankster whose sense of humor and funny ideas are a great entertainment for his audience.

The couple went on to name their baby daughter Sierra Idrees.

Of course being the daughter of famed vloggers, Sham Idrees and Froggy, this baby already has social media and she introduced herself to her new fans.

His wife Seher, hailed as Queen Froggy, is also an influencer who posts comedy skits, lifestyle and fashion related content.

Shaam earned a bachelor’s degree in Commerce from the ‘University of Ontario’ and is scored a very popular solo career as a YouTuber. Shaam is known for spending much money for charity to provide for the underprivileged.