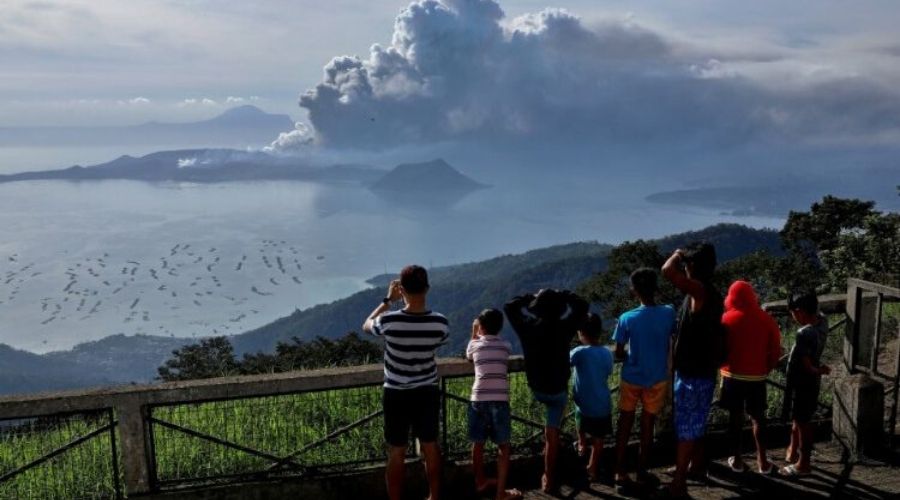 On Sunday, The Taal Volcano erupted spewing ash upto 9 miles which resulted in the Philippine authorities in declaring “total evacuation” of nearly a million people near the capital Manila. Philippine Institute of Volcanology and Seismology raised the alert to level 4, indicating a hazardous eruption was “imminent”. 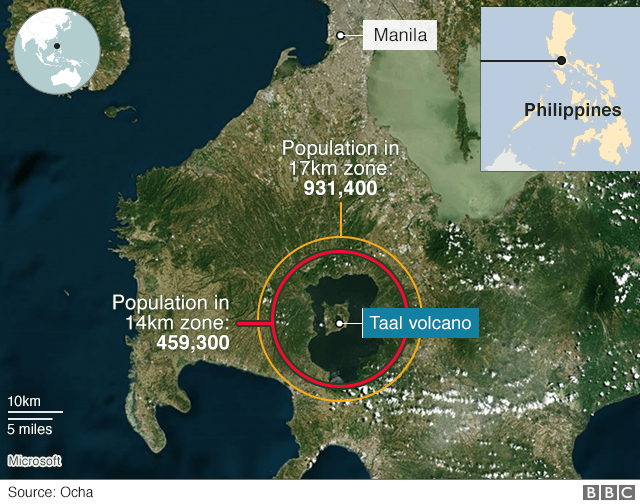 After authorities suspended operations at Manila Ninoy Aquino International Airport, both Emirates and Etihad cancelled flights to the country.

Emirates cancelled five flights to Manila on Monday: EK332, EK333, EK338, EK334, and EK335. “Emirates’ flights to and from Manila and Clark on 13th January have been cancelled following the eruption of the Taal volcano,” said a spokeswoman for Emirates.

“Customers have the option to change their bookings up to seven days for tickets issued on or before 12 January 2020 and should contact their respective Emirates booking offices or Travel Agent for options.

“Emirates apologizes for any inconvenience caused. The safety of our passengers and crew is of the utmost importance and will not be compromised.”

The Manila-bound Etihad flight EY428 from Abu Dhabi was diverted to Hong Kong on Sunday due to the disruption.

Flight EY423 from Manila (MNL) to Abu Dhabi (AUH), which was due to depart on Sunday, was also delayed and guests booked on the flight were being provided with hotel accommodation.“Flights to and from Manila will resume when the airport reopens and the latest status of these flights is available on etihad.com,” said a spokeswoman for Etihad.

Situated on an island in the middle of a lake, Taal Volcano is one of the world’s smallest volcanoes and has recorded at least 34 eruptions in the past 450 years.

The army sent 20 military vehicles and 120 personnel to help affected residents, and the secretary of national defense said helicopters were on standby to evacuate people.

Videos and pictures of the eruption have surfaced on social media showing ash spewing coupled with immense lighting which makes for an incredibly terrifying sight.

The Taal volcano in the Philippines could violently erupt ‘in the coming hours or days’ prompting evacuation orders for nearly 500k people pic.twitter.com/FPMFeXvddF

Many animals have been rescued near the Taal volcano in the Philippines. but others have been abandoned 😢😢😢 by their owners.
13.01.2020