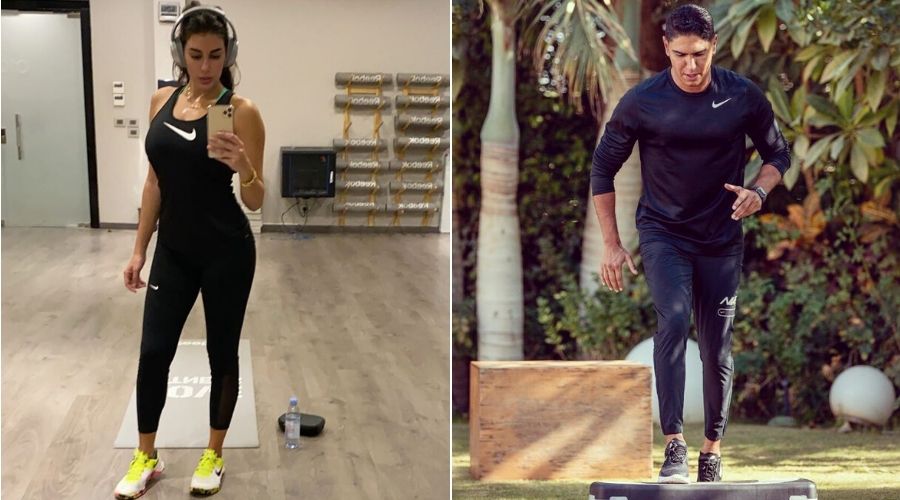 After much speculation of a budding romance between Emirati actress Yasmine Sabri and Egyptian business man, Ahmed Abou Hashima, finally their engagement has been confirmed.

Rumours have been circulating when just three days after Valentine’s Day, Yasmine posted a video, where Yasmin is seen showing off a huge rock on her finger.

The Egyptian actress has been dating businessman Ahmed Ab Hashima, who took to his IG stories to share a picture of the couple holding hands, again showing off the massive rock. 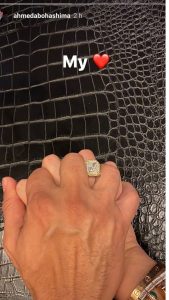 A source close to Ahmed Abo Hashima confirmed in a private statement that the engagement had officially taken place during the past few days in one a private setting, and the attendees were limited to duo’ family and close friends. The wedding, however, is planned to be held next summer at one of Cairo’s luxurious venues, according to the same statement.

Abou Hashima was previously married to Lebanese singer Haifa Wehbe, and their marriage lasted for nearly 6 years before he ended with separation.

Priced at nearly $ 200,000, Abou Hashima had purchased the ring from the Diam Jewelery House, which is owned by a Lebanese businessman.

Abou Hashima’s name was also associated with the sister of world soccer player Cristiano Ronaldo “Katina Averua” after pictures of them were shared from one of the family vacations, and at the same time, Ronaldo’s sister shared a picture of a ring with her hand. The Egyptian actress “Nelly Karim” was also associated with her secret love relationship with Abu Hashima.