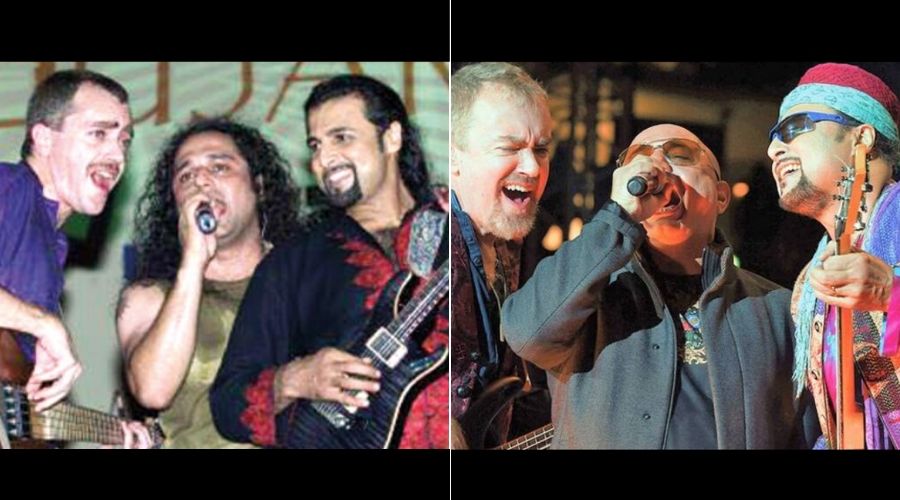 The legendary Pakistani band, Junoon, is to perform in a Live Concert at Global Village, Dubai this March.

The band has garnered a loyal following over the years and this concert will serve as a massive treat for them as the original trio, of Salman Ahmad, Ali Azmat and Brian O’ Connell, will be performing in Dubai recently reuniting after 13 years.

Struggling in their early years to find recognition, Junoon made it big in 1990 with their straight pop-rock and Sufi-inspired music and lyrics. The band continued to give smash hits like ‘Sayonee’, ‘Yaar Bina Dil’, ‘Sajna’, and ‘Tara Jala’ among others. In 1996, “Hai Jazba Junoon” became the unofficial anthem for Cricket World Cup in Pakistan.

Junoon topped music charts in the 1990s and early 2000s with a string of critically acclaimed albums such as ‘Inquilaab’, ‘Azadi’, and ‘Parvaaz’.

Other major celebrities that performed this year including Atif Aslam, Neha Kakkar, and Guru Randhawa.

Bringing exceptional international entertainment to its Main Stage, Global Village has become the global destination for culture, shopping, and entertainment.