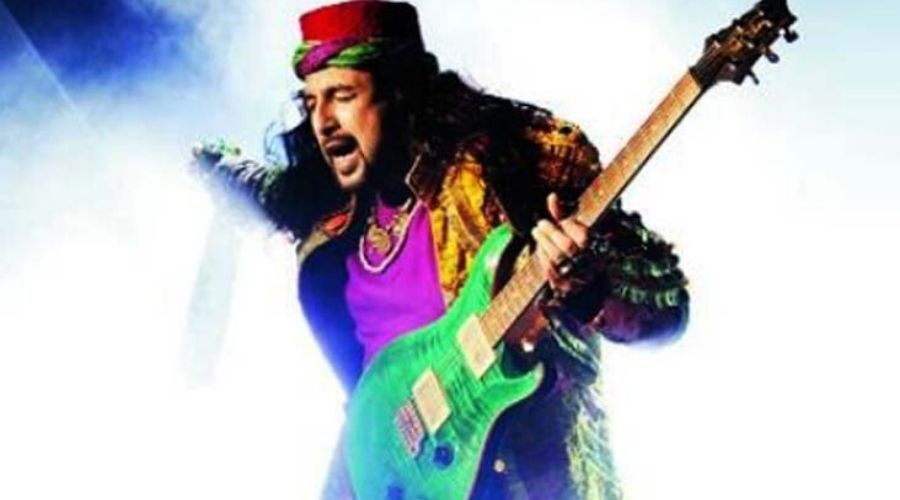 Famed Pakistani band Junoon’s singer and song writer, Salman Ahmad took to Twitter on Thursday to inform his fans that he might have contracted coronavirus.

The singer who had been in New York on work is now observing self-isolation for 14 days in order to get clarity on his situation.

The singer said that he had consulted with his doctor via a video chat and after finding major symptoms of the virus, the medic advised him to go into self-quarantine.

“Since I am a healthy person, therefore initially I ignored minor symptoms of cough and fever,” he said adding that later after suffering from headache and other symptoms, he approached the doctor who confirmed that he was showing major symptoms of the virus.

He was not able to return to Pakistan from New York as international flight operations were suspended due to lockdowns all around the world.

Friends,The bad news first: according to my doc Ibelli , I’m probably #COVID19 positive.will test soon. The good news is that I have mild flu like symptoms. I’m self quarantining in NY, washing my hands regularly, inhaling steam,drinking warm fluids.Thank you 4 your prayers🙏🎸

“I am quarantining at home. I am not feeling well. Have asked people to pray for my health,” he said.
Earlier Salman said this regarding his health, “I have not undergone test for coronavirus as immediate testing facility was not available in New York due to extra ordinary spike in virus cases in the city,” he said while talking to ARY NEWS.

United states remains to be one of the highly affected places in the world by coronavirus right now with 23,271 fresh cases that were reported on Saturday. Overall death tally in the country has reached 8,154 with 7,827 patients still in critical condition.