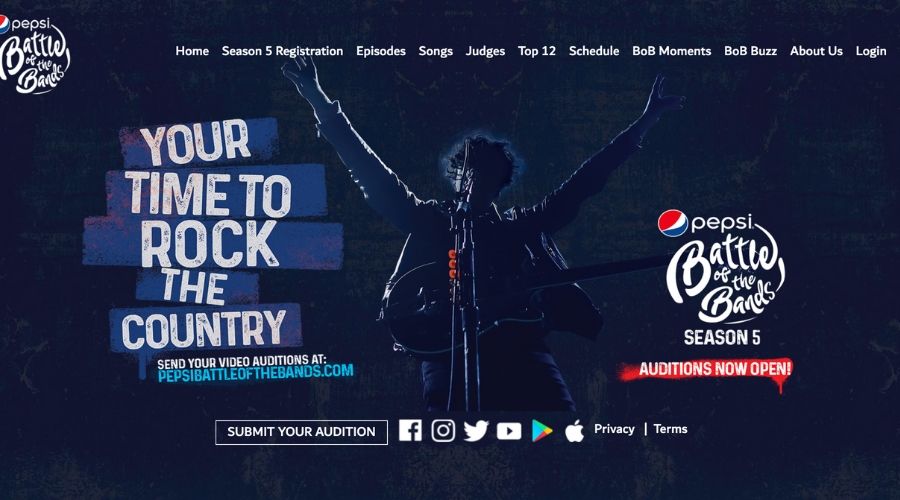 Airing for the first time in 2002, Pepsi Battle of the Bands has introduced a plethora of talented musicians in the industry.

Though taking a step back for a decade Pepsi Battle of the Bands came back with power-packed seasons in 2017 and gave us bands like Kashmir, Bayaan, Auj, Tamasha, and Xarb.

As the New Year kicks in, Pepsi Battle of the Band has announced a new round of auditions for its upcoming Season 5, giving a lifetime opportunity to the young talent to compete in the biggest music battle in Pakistan.

The competition brings not just ordinary cover bands to the frontline rather people who have unique music inspired by different regions of the country. Giving a unique personality to each of the band.

The registration for auditions is open now. The process of registration is rather straight forward, the website has a registration page. Here the band has to fill in all the necessary details of each individual member of the band.

The form is divided into three sections, the first section the member of the band will have to fill in his details on his role in the band.

Followed by submitting the entry and lastly some details of the previous works done by the band.