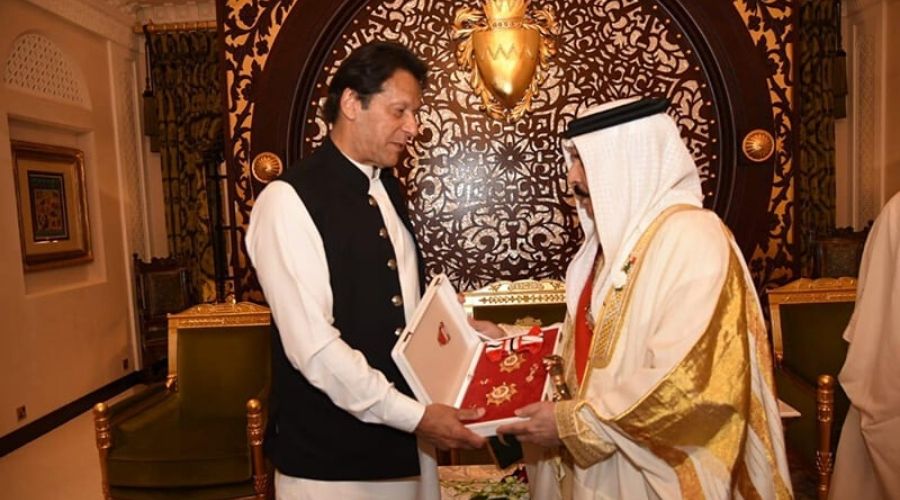 The king honoured PM Imran with the Bahrain Order — First Class “in recognition of his remarkable leadership, outstanding achievements and contribution to further strengthening relations between the two countries”, the statement read.

Earlier in the day, meetings were held with Crown Prince Salman during which discussions were held on Pakistan-Bahrain bilateral issues and the regional situation, according to a statement issued by the Foreign Office.

The two countries signed three Memorandums of Understanding (MoUs), including on Education, Higher Education, and Scientific Research, Medical Sciences, and Cooperation in Youth Affairs and Sports.

“The two sides welcomed the recent signing of an Agreement on Military Cooperation, which will further increase the sharing of information, intelligence and assessments,” the statement added.

King Hamad “expressed appreciation for the contribution made by the Pakistani expatriate community towards Bahrain’s progress and economic development”.

In a statement, the Pakistan Tehreek-i-Insaaf (PTI) noted that the visit “will enable the two sides to explore ways and means to further deepen bilateral trade and investment ties”.

The visit to Bahrain will be the first stop of the prime minister’s three-country tour starting from December 15. He will later travel to Geneva to attend a conference on refugees followed by a tour to Malaysia.

Residents should retain bills and receipts to avoid fines in Dubai