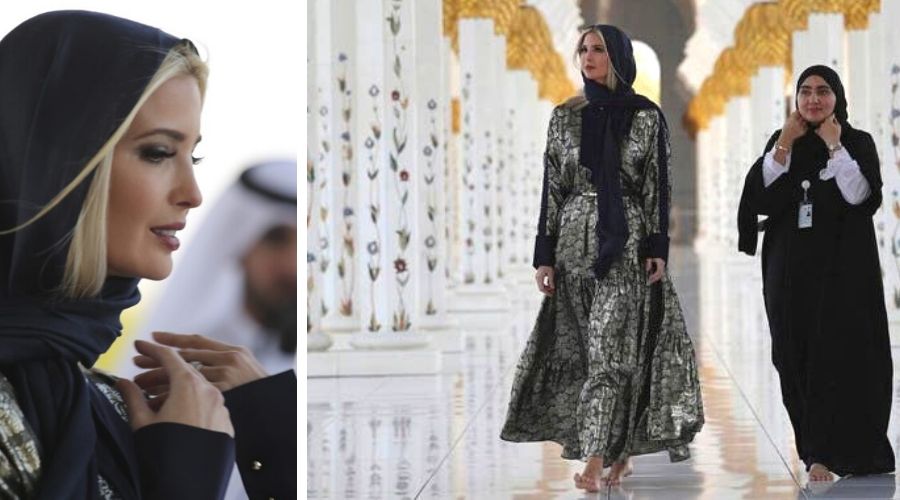 Ivanka Trump, daughter and advisor to the President of the United States Donald Trump, was received by Mona AL Marri, Chairperson of Dubai Women’s Establishment’s Board of Directors in Dubai on Saturday, ahead of the American’s participation in the Global Women’s Forum.

Mona Al Marri, Chairperson of the @DubaiWomenEst Board of Directors welcomes advisor to the US President @POTUS @IvankaTrump upon her arrival to #Dubai ahead of her participation in the #GlobalWomensForum. #GWFD2020 pic.twitter.com/58EkVq2KWC

Ivanka in conversation with Mona Al Marri, the chairperson of the Dubai Women Establishment’s Board of Directors.

Trump will attend the forum to take place at Madinat Jumeirah from February 16-17 along with former British Prime Minister Theresa May.

President of the UAE Gender Balance Council, President of Dubai Women Establishment, and wife of Shaikh Mansour Bin Zayed Al Nahyan, UAE Deputy Prime Minister and Minister of Presidential Affairs, said: “With an extraordinary political career spanning over two decades, which saw her rise to become one of the world’s most influential women, Theresa May is a prime example of female potential and what women can achieve in traditionally male-dominated environments. As a role model for aspiring female politicians around the world, she has championed women and contributed to enhancing female representation within this field, famously stating that ‘a woman’s place is in elected office’.”

As a senior White House adviser and serving for a time as an executive vice president of the family-owned Trump Organization. Ivanka focuses on women’s education and economic empowerment as well as job creation through workforce development and skills training. Ivanka Trump will speak about opportunities for women in business at the Global Women’s Forum and a regional summit for the World Bank’s Women Entrepreneurs Finance Initiative in Dubai Feb. 14 to 17.

Organised by Dubai Women Establishment (DWE), GWFD 2020 is a leading global platform that actively engages leaders and experts from around the world in constructive dialogue to discuss improved policies based on international best practices, foster goal-driven partnerships, and shape sustainable communities.

Building on its theme, ‘The Power of Influence’, Global Women’s Forum Dubai 2020 will highlight how effective policies and partnerships in four key areas – Government, Economy, Society, and the Future – can further women’s positive impact for a better future.

Nawaz Sharif’s Picture at London Restaurant gets Viral on Internet